Vietnam is increasing restrictions on the content that their residents can see online.

The country passed a law in January that requires locally stored data in Vietnam. It also requires Facebook to set offices up locally. The law puts additional restrictions on social media companies while giving officials greater control over anti-government comments.

Facebook was, in January, accused of allowing users to post anti-government comments. The amount of restricted posts rose from 265 in the first six months of 2018 to 1,553 between July and December of 2018.

Texting and Driving Ban in Florida

Florida has enacted a texting and driving ban which will include fines starting on January 1, 2020. The ban includes a warning through the end of the year in an effort that many residents claim is not enough.

“Legislation passed in 47 states makes texting and driving a traffic infraction that law enforcement can cite motorists for doing. However, that has not stopped drivers from engaging in this very dangerous behavior. Nationwide, it is estimated that cell phone use is a factor in nearly 1.6 million crashes each year,” explains Kathleen A. Sigurdson.

Law enforcement officials are working with developers to create technology that will be able to better understand a driver’s cellphone habits. Textalyzer is one technology that is able to download information from a user’s cell phone and also determine if a person was texting and driving.

A self-driving startup, called Aurora Innovation Inc., has purchased Blackmore, a lidar company that develops detection systems in self-driving technology. Aurora’s purchase will help the company cut back on costs while working to produce self-driving vehicles.

The company partnered with Volkswagen, Hyundai and Byton.

Lidar is a requirement for all self-driving vehicles outside of Tesla, which has its own detection system in place. The technology uses lasers to be able to determine the environment around a vehicle.

Ford, Waymo and General Motors are already using Lidar technology in developing self-driving systems. People are using the technology to make roads safer and help with the detection of obstacles in the road.

Lidar does have limitations and comes at a high cost. The acquisition will help Aurora better control costs. 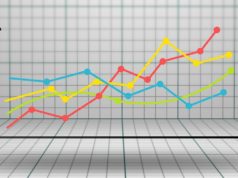 Technology to Help with Global Warming This Week in Business: Impeachment, China, and More 5 Tips You Should Know About The Microblading Treatment

9 Tips for Anyone Shipping Their Car Across Country