India is home to many National parks and Wildlife sanctuaries within diversity of its wildlife, much of its unique fauna and excels in the range. There are 89 national parks, 13 Bio reserves and 400+ wildlife sanctuaries across India are the best places to go to for a visual treat of tigers, lions, elephants, rhinoceros, birds, and even more which reflect the importance that the country places on nature and wildlife conservation. Wildlife websites are also helpful for a wildlife lover to acquire more knowledge on wildlife.

Here is the list of top wildlife websites in India. BNHS was started by eight amateur naturalists of Mumbai, of which two were Indians. These pioneers were Dr D Macdonald, Mr E H Aitken, Col C Swinhoe, Mr J C Anderson, Mr J Johnston, DrAtmaramPandurang, Dr G A Maconochie and DrSakharam Arjun. During its journey from an amateurs’ organization to a professional organization, the guiding principle of BNHS has been that conservation should be based on scientific research – a tradition exemplified by its former president, Dr Sálim Ali – world renowned ornithologist and receiver of Padma Bhushan and Padma Vibhushan awards by Government of India.

Today, BNHS has a vibrant presence at dozens of places across India covering diverse habitats such as forests, grasslands, wetlands, mountains, deserts and marine areas. This includes work in the Global Biodiversity Hotspots such as Western Ghats and eastern Himalaya. Over 150 scientists and professionals work on and off the field to further the tasks of research, conservation and nature education. The Government of India has taken a pioneering initiative for conserving its national animal, the tiger, by launching the ‘Project Tiger’ in 1973. From 9 tiger reserves since its formative years, the Project Tiger coverage has increased to 47 at present, spread out in 18 of our tiger range states. This amounts to around 2.08% of the geographical area of our country. The tiger reserves are constituted on a core/buffer strategy. The core areas have the legal status of a national park or a sanctuary, whereas the buffer or peripheral areas are a mix of forest and non-forest land, managed as a multiple use area. The Project Tiger aims to foster an exclusive tiger agenda in the core areas of tiger reserves, with an inclusive people oriented agenda in the buffer.

Project Tiger is an ongoing Centrally Sponsored Scheme of the Ministry of Environment, Forests and Climate Change providing central assistance to the tiger States for tiger conservation in designated tiger reserves.
The National Tiger Conservation Authority (NTCA) is a statutory body of the Ministry, with an overarching supervisory / coordination role, performing functions as provided in the Wildlife (Protection) Act, 1972.
The ADG (Project Tiger) and his officers also service the NTCA. The Regional Offices of the NTCA have been recently established at Bengaluru, Guwahati and Nagpur, each headed by an IGF and assisted by an AIG.
The allocation for Project Tiger during the XII Plan is Rs 1245 crore. The expenditure during 2012-13 and 2013-14 are Rs 163.87 crore and 169.48 crore respectively. The WILDLIFE PROTECTION SOCIETY OF INDIA (WPSI) was founded in 1994 by Belinda Wright, its Executive Director, who was an award-winning wildlife photographer and filmmaker till she took up the cause of conservation. From its inception, WPSI’s main aim has been to bring a new focus to the daunting task of tackling India’s growing wildlife crisis. It does this by providing support and information to government authorities to combat poaching and the escalating illegal wildlife trade – particularly in wild tigers. It has now broadened its focus to deal with human-animal conflicts and provide support for research projects.

With a team of committed environmentalists, WPSI is one of the most respected and effective wildlife conservation organisations in India. It is a registered non-profit organisation, funded by a wide range of Indian and international donors. The Society’s Board Members include leading conservationists and business people. WWF-India was established as a Charitable Trust on 27 November 1969 to further the mission is to stop the degradation of the planet’s natural environment and build a future in which humans live in harmony with nature. Rechristened World Wide Fund for Nature-India in 1987, WWF-India has over 40 years of experience in this field.

A challenging, constructive, science-based organization, WWF-India, in keeping with the tenets of its parent organization, addresses issues like the survival of species and habitats, climate change and environmental education. Over the years, its perspective has broadened to reflect a more holistic understanding of conservation issues facing the country. 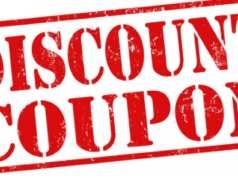 Finest Coupons & Deals From India : How To Grab It? Mixed reactions to ranking flux – How you should react