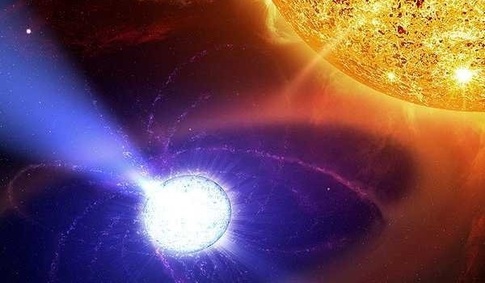 If you won the lottery tomorrow…how would you spend the money? Buying fancy cars? Going on ridiculous vacations? Having $1 million worth of diamonds attached to your cellphone? Hold on… We won’t be mentioning most expensive things like Cars/Jewelry/Art works etc. The things we are going to show you are far beyond your reach. As you read through this list keep in mind that every day an estimated 16,000 kids die of hunger. That amounts to 1 child every 5 seconds, and as ridiculous as the items on this list are the the 5 worlds expensive things. Some people think antimatter could possibly fuel spaceships to the planets, and maybe the stars, in the years to come.But for now it’s too bad because Antimatter costs around $63.5 trillion per gram.

(figures provided by NASA in 1999)
Although some authorities think it may eventually come down to mere $5 billion per gram.
There is absolutely No match for this most expensive element on earth. Since there is no match for Antimatter on earth, here is another thing though it is violating the limits of the question a bit

Scientists in 2004 discovered cosmic diamond, a chunk of crystallized carbon 50 light-years from the Earth in the constellation Centaurus, “Some people refer to it as ‘Lucy’ in a tribute to the Beatles song ‘Lucy In The Sky With Diamonds.’”

Now Cost of 1 carat of pure diamond in approximately $ 20,000 , Lucy is 2,500 miles across and weighs 5 million trillion trillion pounds, which translates to approximately 10 Decillion carats, So Lucy’s price would be about $0.2 Duodecillion i.e. 2 followed by 38 zeros. The element was first made in 1950 at the University of California Radiation Laboratory in Berkeley. The element was named after the university and the state of California. It is the heaviest element to occur naturally on Earth; heavier elements can only be produced by synthesis. One pound of Californium would cost 350 billion dollars , meaning 1 gram costs about $780 million. Botulinum Toxin quite familiar name but it is the most poisonous substance known to man. A couple of teaspoons would be enough to kill everyone in the UK. A couple of kilos would kill every human on earth. Botulinum toxin is used for a number of medical problems. When injected in small amounts, it can effectively weaken a muscle for a period of three to four months. It is used in the treatment of spasms and dystonias.

Lastly, since expensive is also a relative term we must know that 1 USD was also very expensive some time ago, atleast for country like Zimbabwe. Yes, 1 USD in the list of worlds expensive things. On February 2013, $1 was equivalent to $92,233,720,368,547,760 Zimbabwe Dollars !! ,
Yeah, that’s right. 1 U.S. dollar gets more than 92 quadrillion Zimbabwe dollars. Zimbabwe doesn’t even use its own currency anymore; it now uses U.S. dollars for everyday transactions. This is what happens when a country lets inflation(hyper inflation) happen, becoming dependent on foreign currency instead of their own.